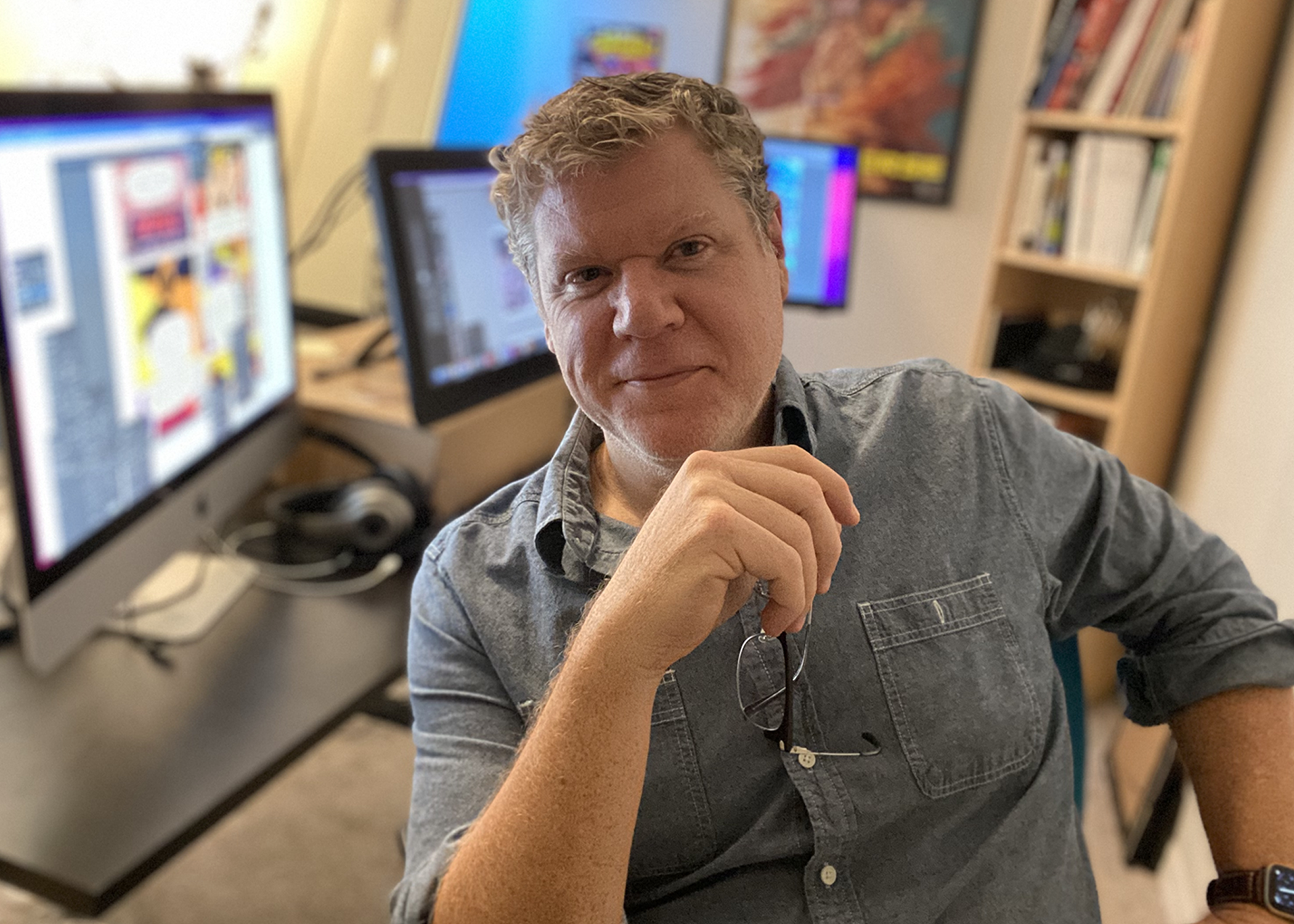 Beyond Forward Comics is the publishing imprint for Scott Reed's creator-owned, independently produced comic books. This website serves as a showcase of his current and past published work, including his work for other publishers.

Scott Reed began his career in comics in 1993 on-staff as an inker for Malibu Comics and Marvel Comics. In 1996 he was hired by Dark Horse Comics to provide inks for two mini-series, Godzilla: King Of Monsters and a rebooted G.I. Joe series. As a pioneer in web comics publishing, he wrote and illustrated The Last Odyssey, a dysfunctional sword & sorcery tale and High Strangeness, an illustrated essay on the UFO phenomenon. Both series were published in weekly serial formats from 1997-2005. In 2007, he and artist Shane White collaborated on The Overman, a critically acclaimed dystopian noir science fiction mini-series published by Image Comics. In 2010, Reed wrote two mini-series for Marvel Comics, Son of Hulk: Dark Son, and Incredible Hulks: Microverse, which re-introduced several classic Microverse characters into the Marvel Universe. Both series were penciled by Miguel Munera and are part of Marvel's hit mini-series event, Realm of Kings. In 2014, Reed wrote, illustrated and self-published Saga Of A Doomed Universe, a subtext-laden 1980's era homage to the super hero genre and included in Boing-Boing’s ‘Best Damn Comics of the Year’. In 2022, Saga of a Doomed Universe found a new home at CEX Publishing, where it will be available with new variant cover art and bonus material. He is currently writing and illustrating Hark, a 6-issue science fiction mini-series from Beyond Forward Comics.