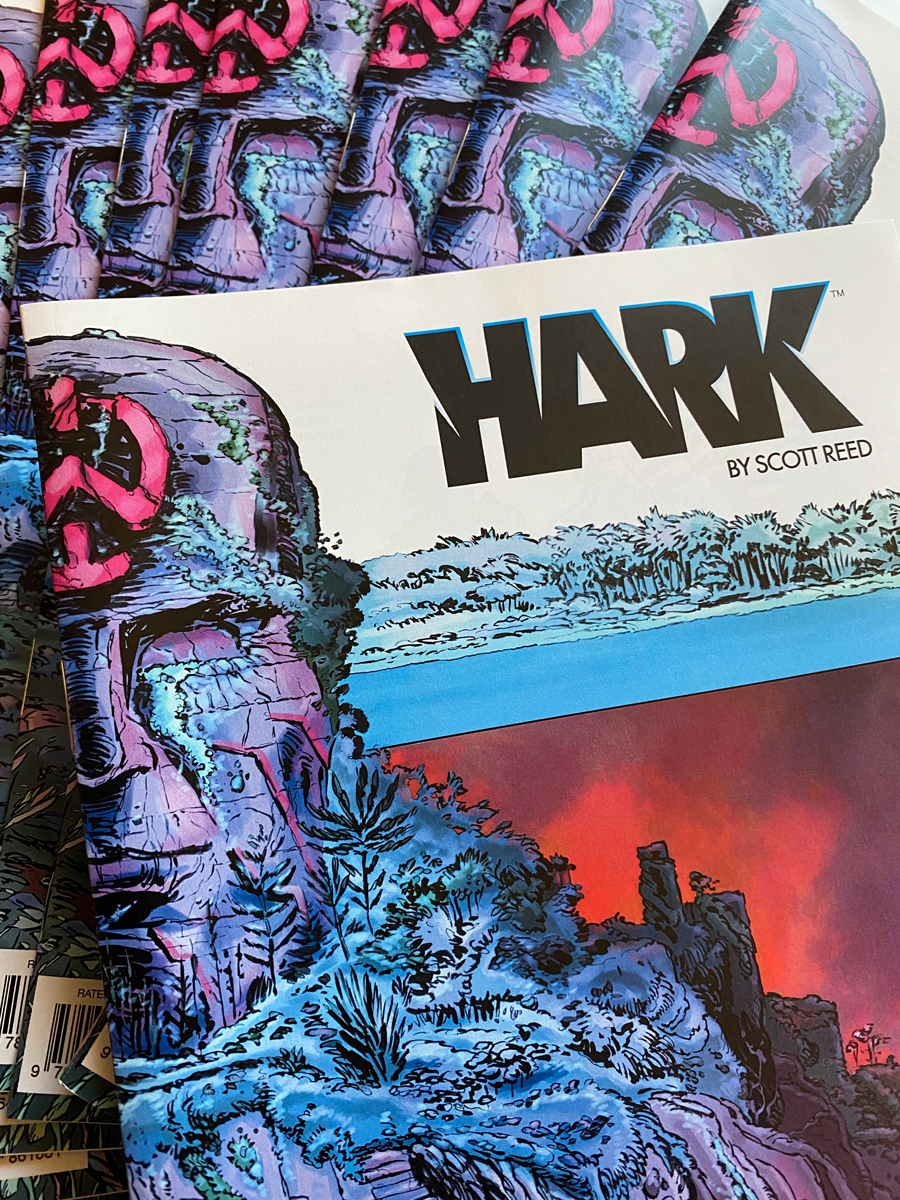 Hudson, Florida 01/22/20 – Scott Reed’s Beyond Forward Comics presents HARK, the first issue of a bold new 6-issue science fiction mini-series. Reed is best known for his critically acclaimed Image Comics mini-series The Overman, one of the writers of Marvel Comics Realm of Kings (Son Of Hulk, Microverse: Enigma Force) and his creator-owned meta-textual super-hero graphic novel, Saga Of A Doomed Universe. His new work, Hark, is poised to be a magnum opus that promises to push the boundaries of the comics medium.

About Hark, Reed explains, “I’ve never attempted to write and draw something on this scale before. Hark has one of the most dramatic character arcs I’ve ever written, and the stakes couldn’t be higher. It’s the kind of story that should appeal to fans of Dune, 2001 and Terminator.”

Hark is an android pacifist philosopher who converted a war-torn planet into a peaceful utopia. After solving all their problems, he went into sleep-mode, while the entire civilization was bombed into the stone age by a mysterious alien force. Now, every inhabited planet in the universe faces the same fate. Hark wakes up to learn of a terrible, hidden purpose behind his programming. He has no choice but to betray his teachings of peace, realizing that he is the only one who can stop this firestorm of cosmic extermination…because he’s the one who accidentally sparked it.

Hark #1 is now on sale from:
Digital edition at Comixology: http://bit.ly/2supii2
Print edition at IndyPlanet: http://www.indyplanet.com/hark-1